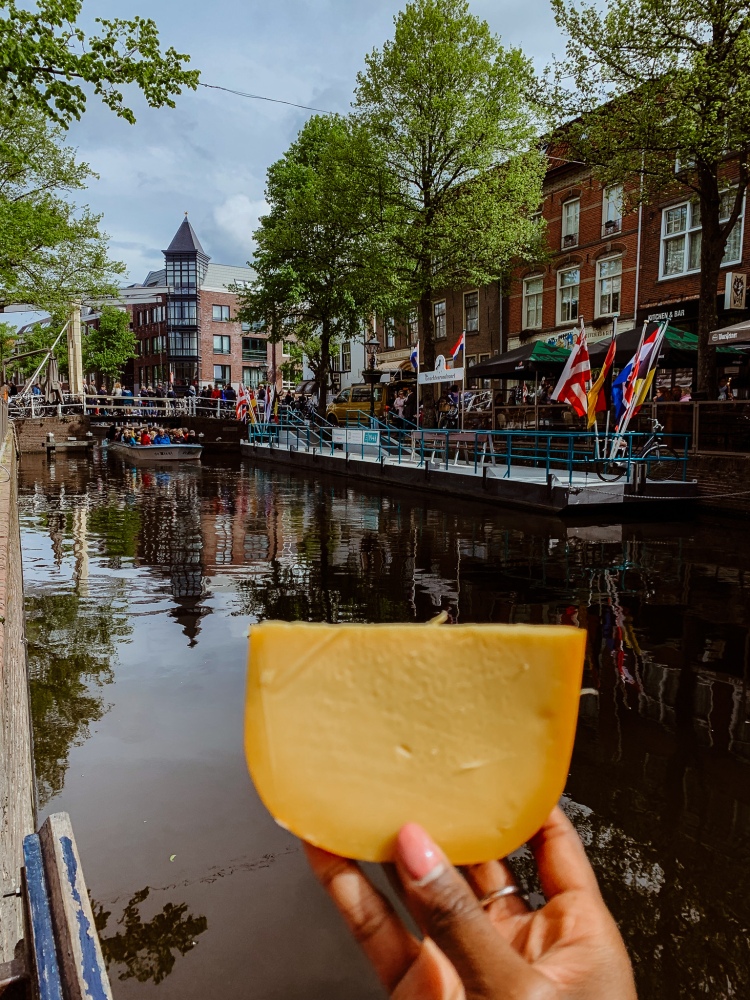 Alkmaar is one of those cities I tracked down just because it starts with the letter A. But 30 miles north of Amsterdam wasn’t too much of a drag so I decided to settle here for two days, giving myself some time to explore this strange city out.

Its population just over 100,000 is another city based off a canal. I’m finding that a trend here in the Netherlands.

What are they known most for?

Why did I come here?

For the cheese, please.

Staying at hostel yet again, I checked into the Kings Inn. Coming from Amsterdams standard, I was pleased to find that this hostel was much nicer equipped with a restaurant, bar and cute community space. The downfall, I was roomed with a lady who had this laughing condition where she’d just randomly have laughing, farting, outburst at all times during the night. One thing about hostels is that you have no control over who you room with.

Anyway.. back to the city.

Every Friday during the summer months, Alkmaar residents and tourist flock to the city center for its traditional cheese market. I never knew so many people who cared about cheese, but then again I’ve never before been to Alkmaar.

Alkmaar owns the title of the “city of cheese” for a reason. Cheese markets were organized in the past where cheese was delivered early in the morning to Waagplein, traders weighted and approved the cheese stacks and started selling to the customers. While now, the pounds of cheese traded are not sold directly to customers attending, the market is filled with traditional clothing to give the tourist a glimpse into the rich history of trading.

The cheese market spectacle can be seen from April to September every Friday, starting at 10.00 am.

There is a lot of cheese at the market. Pallets stacked full of waxy orange wheels of cheese, all spread out in the main square in front of the cheese museum. The whole event is quaint, and pleasant, insofar as watching people buy cheese can be enjoyable. 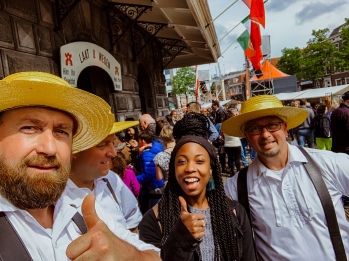 If you don’t like big congested crowds, this place would not be for you. I did get a little claustrophobic and found myself along a canal because it became too much of a fuss navigating through the city.

But was it worth it?

Hell yes, the cheese was amazing.

Never have I ate cheese so delicious.

Take a look at my 4-minute-video where I navigate you through the cheese markets, the food, and the city of Alkmaar.