This week is what I call target revenge body beast mode. Not to air my dirty laundry, but this is my website, so if there’s any place I can talk about my personal growth or life fails, it’s going to be on here. At this point, I’ve been single for a few weeks and this week is where  I really geared up to have the best post relationship revenge body ever. Now there’s a lot of emotional and body changes that goes into breaking up with a significant other. For some, they overeat depressed to combat the missing link they’ve come to know so well. However for me, it kind of gave me a boost to get in the best shape ever to kind of show out on what my ex was missing. Shallow or petty, whatever.. I don’t care.

Run to and through Peidmont Park. 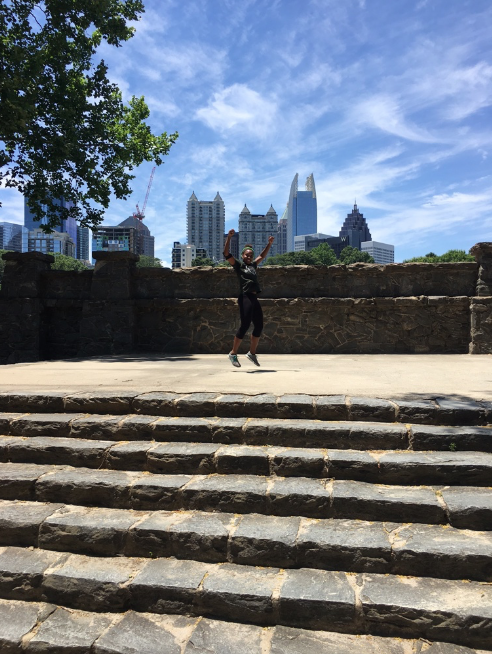 The run to Piedmont Park from my apartment is about a 1.2 mile run. For the most part, my trail is hidden away in a cute neighborhood leading a way to the park. I run on the sidewalks and the only reason I’m forced to stop is on the rare occasions a car is turing, intersecting my path. But for the most park, I run in a straight line, varying in elevation down from North to the 1oth street. Once I’m at the park, I either continue into the park or turn around for a jog back home. Determined to get my revenge body, I kept running.

This day, I ended up running about 4miles. Once I returned, I stopped by the gym for a light lower body workout. About 60 or so squats with a 12-pound medicine ball and a leg extension machine. I could get into depth about what I did each day, but it stayed fairly consistent.

Day one: Run to the park, gym lower body exercise.

Day three, I got up early and met up with Bernice for yet another adventure to Stone Mountain. This is becoming a regular activity and I’m very ok with that. It lets me ease into my workout with it feeling like I’m dying, panting and focusing on breathing like I usually do while I’m working out normally. 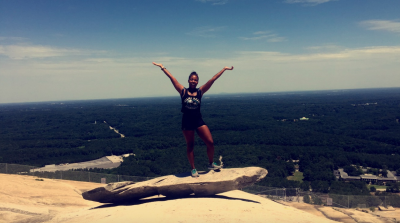 Ok so briefly getting into my new physical activity, I recently joined a flag-football league which I’ll describe more in the near future. But this team, a part of Atlanta Social Sports, meets once a week for about an hour for a kind of intense flag football game. On the team, you must have at least two girls on the team and playing at all times. We have three girls which means I’m most likely always in constant motion with very few rest breaks.

Day five, I went to the gym for a short but effective workout. These workouts usually takes place when I don’t have much time so I spend each second very wisely.

There I did interval ladders on the treadmill and a ton of core training.

This week, I did more abs than I’ve done in a while and ran mostly outside. I’m trying to slim down my thighs so I find that running outdoors with natural elevation works better than treadmill drills. Not knocking the gym, but sometimes I’d rather be outdoor in nature adventuring instead of being caged in.

Didn’t really document my eating habits this week, but I’ve been eating a lot of the healthy options at my job. I work at an American restaurant so that usually means a lot of salads, salmon and grilled sandwiches. I try really hard to stay away from fried foods such as tator-tots, but sometimes they can be very tempting to resist. I did decide to buy some whey chocolate protein powder from Walgreens. I know this isn’t the best of the best, but I’ll try it out to see if this is something I could really benefit from. The more I get into this, I’ll upgrade it. 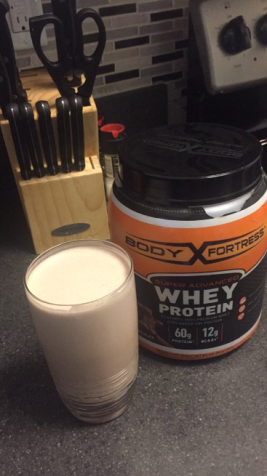 I use my Bullet Magic for a quick easy blend.

Anyhoo, here’s end of the week weigh in. 146 pounds. Down 2 lbs from last week and five lbs all together. I don’t think I’ve seen this weight in years so yay me! Slowly but surely reaching my goal. 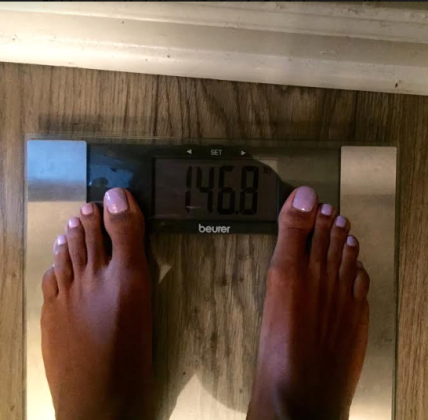